When was the last time you had to worry about what sin(x)/cos(x) is or the last time you had to remember that an Amoeba is a tiny, one-celled organism that moves by changing the shape of their body or was asked who the founder of the Mughal Empire was? The truth is most of us, probably 90% or more, never ever looked back to what we learned once we left our schools. Many of us where pretty well in studies, had shown brilliance and intelligence that were paraded by our parents with pride.

What happened to those l'le prodigies like us?.  Like the old saying, the truth is, we all were intelligent, but education ruined us. Look around you, all the bright guys ended up in 9 to 5 jobs like you n me and the whole left over’s in the class, the back benchers, well they now travel in Benz and Prado’s. They turned around and became rich, after all 'a secure future with a decent job' was not an option given to them anyway.

What did we do wrong that they did right?. Maybe that’s a wrong questions since we did more things right than them and all the certifications, appreciations and awards are there just to prove that. Maybe they did one right thing 'they chose the fields' for them. We never had that choice. You would have been an excellent painter when you were a kid, even though your parents encouraged it they also ensured you excelled in studies. Society had groomed you to be an Engineer after all you yourself loved to be an engineer right, had you not seen the love and respect you get when they tell others that 'He always wanted to be an engineer'. What else can you become other than a Doctor or an Engineer, the rest is for the rest not for the best definitely not for you.

Think abt it, who do u think is a good student - it’s not the one who is the smartest but the one who can memorize the most, most of the time he is the one with the least creative ideas. I had come across many dumb girls in my life who were toppers in their schools. I did not mention girls because it’s limited to them, there are boys as well but generally girls fall easily to align with the societies dreams and they are very good book worms. Some stupid boys (like me) too fall to that but we boys still have some sparks in us that we secretly preserve without our parents knowledge.

Many of us would have been really something if we were channeled in the right direction or given choices to pick the best path where we could shine. I dreamed of inventing new machines, I also wanted to be a good surgeon, then I loved to fly planes, I could fix almost anything with my hands, my friends tells me I was a gifted trainer and I ended up working on computers after learning civil engineering.

If only I had a chance to taste a sample of all I wished I could have been in the right path for me. During my childhood I was nothing short of gifted, I excelled in all the fields that I kept my hands on sports, drawing, painting, stamp collection, story writing, magic and of course 'studies' and the list can go on. The more I learned the more scared I became. Scared because these skill sets were taking me away from my dreams, the dreams that my parents and the society planted for me so lovingly.

What education mainly did to me was to kill my creativity and forced me to memorize (with my goldfish memory that was a torture) things that I hardly ever used in my life. Who knows I would probably have designed a machine that could read and write to your brain by now if I did not take the route of 'wanting to be a surgeon studying engineering to work as a programmer'. I went thru a time where there were more engineers than pedestrians. There was no way you could get to the market without bumping with at least 3 civil engineers. Everybody I came across was either or in the process of being a civil engineer. Construction was booming and everybody was happy. I wished to join electronics but civil was more 'successful' in my father’s eyes. And during my whole studies nobody ever told me that I have to stand in the shade and 'supervise' the poor labors toiling in the sun. Nobody told me that I need to tell them at the end of their tiring day that 'No your output is not satisfactory, I cannot approve your overtime'. When the reality hit me on the field, I could not stand it and said good bye to it and went to computers a field totally foreign to me wasting all the money and my efforts. 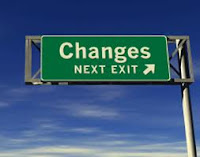 I think it’s high time we rewrite SUCCESS for the sake at least for our children. To me Success should mean enjoying what you are doing, being happy around the ones you love and putting your creativity to work. If that matches to a Butcher, damn it, let us call him a success. Stop labeling success with professions. Doctors anyway are hardly successful; they have a pathetic life, always with patients and never have time for fun with dear ones. Doctors value pain, Infact they care more of pain than us, they but call it a different name - MONEY!. I advice my daughter who once wanted to be a doctor 'without killing whatever small kindness in your heart, you can NEVER be a successful doctor'.

Here is a plan for our children. I had been dreaming about this let say a 'LIFE SCHOOL'. Forget chemistry, history, biology forget anything you and me learned and made to forget. Let’s teach our children life skills. Let them come out well aware of their aims in life and already have hands on experience in various fields. Teach them how to change a fuse wire, how to lose and make money in share market, teach them fighting skills and teach them how to survive. Yes teach them Survival skills, let them choose the best and survive in their life. After all, carefully picking the best choices from Doctor or Engineer we only managed to 'Survive'. I don’t know about you, but I never made any dents in this world.

This school should ideally teach photography, arts, driving, fighting, financing, swimming and a handful of other skills, say for a short period on each topic. The teacher should demonstrate the skill instead of reading the books. The kids should do 'hands on'. The test should never be aimed to check their memory skill but should again be hands on and the marks never should be based on how 'perfect' the finished product was but to be measure if ever he managed to understand the concept on it. Maybe we should even discard the tests and marks. If the child did not understand let him do it again and again till he decide to stop.

We need to unwire the 'perfect' thing from our brain. We need to teach our kids that it’s OK to make mistakes. Without mistakes nobody is going to learn. Mistakes in our life is costly it’s cheaper to make them at schools! 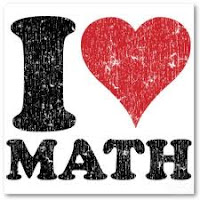 Once the child identifies his strong points he should be encouraged to dive deep into it. Give it a thought, lets say I love math and I had been given the opportunity to read all the best books in maths. I dont have to learn Physics, Social Studies, Hindi just Math’s. How about it, if I love painting and you teach me all the techniques of painting. Wow that would be something. All I do is to paint or to design buildings or to make robots. You have all the time in the world and an uncluttered mind. When you fully get immersed into the field you come across real life problems that you never learn thru books. Fighting and solving them gives you a better idea on what to expect in real life, it’s much better to switch your choice of profession in the school than to switch it in your life.

I envision the classes should be in open air where any subject being taught would be discussed in the class first and broken down as portions and distributed among students. Each student should be expected to do some research on the matter and teach his part in the class. The teacher would be there to make clarifications and guidance. This would provide leadership and communication skills for students. Also it’s a fact that when your friends teach you learn better than from the teachers. This also forces the children to refer to more materials, especially internet than the text books. That way, even the teacher would learn couple of points from the students.

I know this won’t work for all, well it’s not for all, it’s for you and me who think the current system sucks. It’s true that there are others who would still want their children to be baked as an Engineer or a Doctor (Yuck). By moving away from that stream we are doing both the group a favor.

I wonder if there are any souls that would share my thinking. Would you be interested in making this a reality...!
Posted by Thahir at 12:48:00 PM

Email ThisBlogThis!Share to TwitterShare to FacebookShare to Pinterest
Labels: മാറ്റം