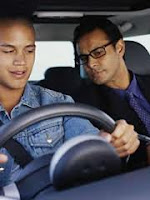 The man was waving his hand and looked very desperate. I slowed down the car, rolled down my window and he asked me in Arabic if I go to placeA.

I am not good in Arabic barely know few words and since I have a gold fish memory I hardly know the name of more than five places in this city. I told him that I am going to placeB and I do not know where placeA is. He requested if I can give him a ride.

That is actually against the rules here also its not safe too. U never know the background of the guest. The police if caught you will assume that u r running a private taxi which is illegal. But saying no to a desperate face is something I need to practice more.

I nod and he hops in, we Salam each other and he immediately introduces himself.

There is this joke abt Egyptians that there are only two type of people in the whole country. The ductoor (doctor) or Muhandis (Engineer). Everyone claims that they are either one of these. Long back I was working in a car company and the tea boy was an Egyptian. He was ashamed to be a tea boy and made it a point that he will only make teas for his fellow Egyptians not us. We had to make our own tea. After his tea duty was over he was expected to bring spare parts to the counter when requested. The guy would hand over the pick orders to Indians unless its an extremely light weight item, like a sticker, spark plug etc. So we called him Muhandis Shatartoon (Engineer for Stickers).

I looked at him thru the corner of my eyes. He has broken English, dressed neatly, have a file with him. Egyptians are never the best friends of the Indian community at least in Arab countries. My past experiences had taught me to be careful with them even though I have few very good Egyptian friends. The sudden praise prompted me to expect something coming towards me.

I tried to downplay it. I was feeling a bit awkward and decided not to encourage him to speak. Few minutes of silence passed.

Now I kinda understood why he wanted me to be a manager. I felt sorry for the guy.

Khalid : Its very hot, do u have another glass.

He was looking at my shaded specs. It true was a very sunny day. I opened the dash board and gave him the spare glass that my family use to wear.

Khalid : Nice glass, its very hot outside, can I take this!!

The glass was couple of years old. My son mostly wears it when he sits in the front. I thought OK let the guy take it, it will be useful for his job search in this climate.
While I was making this decision he asked again.

I anticipated his next question will be for money to get him a glass and decided to kill out that idea.

Thahir : See I will only drop you at placeB. I cannot take you to placeA nor I can give you any money for your travel

He is silent for few minutes

Khalid : Sahir, I no job, I know computer, program, no money, two months, no job, big problem.
Thahir : Thahir not Sahir.
Khalid : Basir can u get me job?
Thahir : Sorry I dont have that kind of connections. I already told you I can only give u a free drive and nothing more

I thought that there was no point in correcting my name to this guy. It should be his mental state probably that it does not register.

His face was red. I could clearly see his anger towards his country men.

By this time I had already reached near to my office. I parked a little away from my office cause I was afraid he might come searching for me once he see me going in.

Email ThisBlogThis!Share to TwitterShare to FacebookShare to Pinterest
Labels: നേര്‍ചീന്ത്