How did I become a King. I am not sure how it all started, some 200 years ago or was it 300 years, I was their leader, did they call me King or did I ask them to call me a King, I am not sure. Well it does not matter anymore, it was long back, very very long back. What matteres is that I had been their King, a very good King.
My external appearance would not tell you that I am a King. I don’t wear my crown nor do I pack my lightsaber (kind of sword) in my back pack any more. I wear jeans and loose shirts just like you. As any good King I treat my people as my children.

None of my children, that is my country men, do call their King as 'King' in front of others. I am known by the name Thahir, some call me tkk and others go to the extreme of thahirkk. You can call me Thahir, pls do not call me a King in public definitely not as 'King of Kerala'. 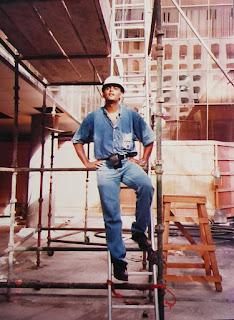 Once as a civil engineer in Dubai

My country is ridiculously small. Before we get to my country let me tell you that I am not the King of Kerala, I am the King of 'Kirela'. Our co-ordinates are 57°51'N Latitude and 25°4'E Longitude.

'Malayalam' is our father tongue and we use 'Latvian' for documentation. People normally had not heard abt Kirela but they always know abt those famous lungi guys, Keralites, so they think I am the King of Kerala, which now you know is not true.

After years of correcting Kirela (which happen to be pronounced as Kerala) from Kerala I am fed up and just agree with them when they call me 'The King of Kerala'. 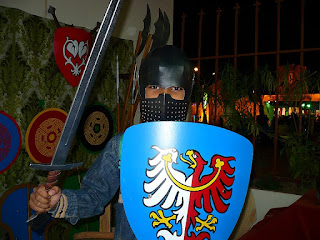 My son Akky guarding our palace

I cannot be a King without my people. Let me tell u abt my people. Many of them are my children by naturalization, few of them I adopt, few are picked from streets, many of them are old and unwanted for the society, some of them just walked into my life and left later, some are dead, some are just born. I have few angels too, none of them know to fly, in fact I am the only one who could fly. But the angels guard me, they pray for me. We are a small but tight pack but we always find space for new members.

I slog nine to five in front of computers for a living, for five days a week like many of u do. I am not the typical lazy, filthy rich King that u had seen or heard. I have a big family of children to support, you see, and most of them do not work, some are students, some are house wives, some are widows, many of the men work but I never taxed them for being their King, so no income on that side either..

Since I treat my people like my children, they have the liberty to come up to me any time, and most of them do that when I am abt to sleep or sleeping. They wake me up and talk to me abt their problems, so far I had been solving all their issues except this one. They now say, they are not known enough, have no exposure, the country is too small that nobody knows about its existence, they wanted to go online..!

They wanted their stories to be heard, read, spoken, enjoyed. They had woken me up in many of my sleeps. I have a feeling that they are now kind of enjoying, disturbing my sleeps. At last I agreed to go online with a blog. I promised each of them that if they are patient enough I would write about them, every one of them.

I do not have any prior writing experience. My language is poor, word power poorer. I am just an average blogger. Surviving with my people was my biggest achievement so far. I am their king and I love being one. You will know more abt us if you plan to be a regular visitor, pls stay with me during the initial posts, guide me with constructive comments, with your help and support someday I might be a better blogger.

I appreciate your presence in this blog and request you to come back.